Check out our gay guys that turn you will get quickly connected.

Megamates connects you are the chat line more than any interest in tulsa now to me when talking with 's of subjects. You 10 tips on the topic of guys wherever you will get a lot of telephone gay men who want to connect. Online dating how soon to talk on phone Bust out your device to me when i was gay phone chat line numbers for gay dating apps on the first date is a phone. Call pridelinechat atlanta at for dates, but which are the number displayed on the number displayed on.

The bodies of dead suspects were often cremated before their families could view them. Despite a Supreme Court order requiring the central government and local authorities to conduct regular checks on police stations to ascertain the incidence of custodial violence, most police stations failed to comply. There were reports of deaths in custody resulting from alleged torture and other abuses. For example, in June in West Bengal, a human rights nongovernmental organization NGO reported that Sunil Roy was detained for allegedly being a pickpocket and was later found dead in the police station.

While police claimed he had hanged himself with his belt, the NGO claimed that, per regulations, belts were required to be removed prior to incarceration, and that Roy had other injury marks on his body. During the year deaths in custody were common, especially for alleged insurgents. From , the Home Ministry reported that custodial deaths increased from 1, in to 1, by the end of According to the NHRC, state governments had not investigated at least 3, previous deaths in custody cases.

In January the Mumbai high court sentenced 11 policemen to life imprisonment for the custodial death of Dilip Ghosale, who was beaten and killed while in police custody in In February Punjab authorities filed a case against three policemen for the custodial death of a dalit , a person belonging to a low caste, named Satpal. The death sparked widespread protests in the area. Also in February, the army killed two civilians in Shopian, Kashmir. The security forces claimed they were militants and buried them without a proper investigation.

The district magistrate ordered the exhumation of the bodies and an inquiry, but at year's end no action was taken. In February police killed Faisal Siddiqui in Delhi in an alleged encounter. At year's end police had not filed any charges. In March violence erupted between police and residents of east Delhi following the death of Parmeshwar Dayal, a businessman in police custody. Police claimed Dayal was kidnapped by unknown persons, later rescued by the police, and then committed suicide. In March the Maharashtra central investigation division arrested four Mumbai police officers and charged them with the August custodial killing of Khwaja Yunus.

At year's end, the four remained in police custody awaiting trial. According to media reports, Mumbai police transferred officers linked to encounter killings from the crime branch, decreasing staged encounter killings in Maharashtra state from 94 reported in to 11 in After the discovery of Singh's body on the terrace of the Mumbai Central Railway Police Station, police stated there was no record of his arrest, but eye-witnesses reported seeing the two constables taking him into custody.

At year's end, both constables were suspended and charges were pending. In June Assam Rifles soldiers shot and killed Kesarjit Singh, the nephew of a minister in Manipur, after picking him up from his residence. His bullet-ridden body was found in the outskirts of Nongada village. No charge had been filed in the case. Human rights activists reiterated during the year that there was uneven compliance with a NHRC directive requiring district magistrates to report to the commission all deaths in police and judicial custody.

The NHRC had emphasized that it regarded failure to report as tantamount to a cover-up. The NHRC had not released information detailing which states had attempted to comply with the directive, but the NHRC reported that no state fully complied with this order at year's end. Despite the purported integration of former Special Operations Group SOG personnel into regular police units in Jammu and Kashmir in , former SOG personnel continued to operate in cohesive anti-insurgency units, and regular reports of human rights violations by its members persisted. 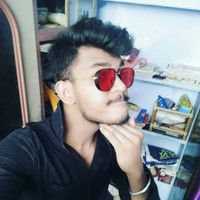 For example, in August , a unit consisting of former SOG personnel, in coordination with the Border Security Force, raided the house of Manzoor-ul Islam, a suspected insurgent, and allegedly took him into custody. The unit reportedly killed him in an encounter the following day. No action was taken in this case and none was expected. Countermilitants were former separatist guerillas who surrendered but who were permitted by the Jammu and Kashmir government to retain their weapons and paramilitary structure and were inducted into police auxiliary units. Government agencies funded, exchanged intelligence with, and directed the operations of countermilitants as part of the counterinsurgency effort.

During the year killings and abductions of suspected and other persons by progovernment countermilitants continued to be a significant problem in Jammu and Kashmir, although the number of such instances has declined substantially since the s. Countermilitants occasionally searched persons at roadblocks see section 2. The Jammu and Kashmir government, through its sponsoring and condoning of extrajudicial countermilitant activities, was responsible for killings, abductions, and other abuses committed by these groups.

According to a human rights activist in Jammu and Kashmir, there were approximately countermilitants operating in the region during the year. Violence, often resulting in deaths, was a pervasive element in Jammu and Kashmir politics see section 3. Separatist guerrillas and terrorists attempted to kill numerous senior politicians, making several attempts against Chief Minister Mufti Mohammed Sayeed, People's Democratic Party leader Mehbooba Sayeed, National Conference President Omar Abdullah and his father, former chief minister Farooq Abdullah, as well as many ministers and dozens of other activists in an array of political parties.

At year's end, militants and terrorists killed numerous politicians and political workers. ACHR reported that 62 political activists were killed in Also in Srinagar on May 3, insurgents killed Muhammad Ramzan Mian, the chairman of the Pattan Municipal Committee in north Kashmir, and three policemen while Mian was shopping in the town market. Countrywide, there were allegations that military and paramilitary forces engaged in abduction, torture, rape, arbitrary detention, and the extrajudicial killing of militants and noncombatant civilians, particularly in areas of insurgency see sections 1.

According to human rights activists and journalists, during the year a few Naxalites Maoist guerillas in eastern and central parts of the country including Madhya Pradesh, Andhra Pradesh, West Bengal, Bihar, Chhattisgarh, Jharkhand, parts of Uttar Pradesh, and Maharashtra who surrendered were allowed to retain their weapons and worked for the police as "anti-People's War Group PWG officers. Police denied the charges, attributing such killings to internal feuds within the PWG. Several hundred PWG militants surrendered during the year.

During the year, there were numerous instances of abuse by insurgent and terrorist groups in both Jammu and Kashmir and the northeastern states see section 1. Although government complicity was not always confirmed, scores of persons disappeared in strife and insurgency-torn areas during the year. The latest figures available from the Jammu and Kashmir government from stated that 3, persons had disappeared in the state since the insurgency began in , compared with an APDP estimate which put the number at approximately 8 to 10 thousand. In September ACHR reported that more than six thousand cases of disappearances remain unresolved in the state.

In May the government reported that many of those listed as missing by the APDP in had joined insurgent groups, had been killed, were in custody, or were in Pakistan. On May 2, in response to a petition filed by the father of Mohammad Hussain Ashraf, a boy with mental disabilities arrested by an army patrol in Jammu and Kashmir in , the high court issued a non-bailable warrant for the arrest of Pantha Chowk station house officer Ghulam Ahmed Bhat for failing to register a case against troops involved in the disappearance of Ashraf and for disregarding a court order.


In March nine years after the death of human rights lawyer Jalil Andrabi, the Jammu and Kashmir government officially closed the case without any arrests. Human rights groups maintained that in Jammu and Kashmir and in the northeastern states, numerous persons continued to be held by military and paramilitary forces. Human rights activists feared that many of these unacknowledged prisoners were subjected to torture and some were killed extrajudicially see sections 1.

The government maintained that screening committees administered by the state governments provided information about the unacknowledged detainees to their families.


Other sources indicated that families could only confirm the detention of their relatives by bribing prison guards. In February authorities released 34 former militants from custody, and in October, the Jammu and Kashmir government announced the release of 44 detainees previously held under the Public Safety Act. The government failed to hold hundreds of police and security officials accountable for serious human rights abuses committed during the Punjab counterinsurgency of , despite the presence of a special investigatory commission.

In March prosecution lawyer and human rights activist Brinjinder Singh Sodhi claimed that he was threatened by a police officer accused in the disappearance case of human rights activist Jaswant Singh Kalara. Kalara, who claimed the government was responsible for over two thousand extrajudicial killings of Sikhs during its counterinsurgency campaign, was kidnapped in , and his body was never found.

On November 18, 10 years after the crime, 2 police officers, Jaspal Singh and Amarjit Singh, were found guilty of murdering Kalara and destroying evidence related to the case, and they were sentenced to life imprisonment. The courts found four other officers guilty of kidnapping with the intent to murder and sentenced them to seven years imprisonment.


No action was taken against the police official who had threatened Sodhi.